After a couple of false starts due to the weather, the workshoppers eventually made it to World Veida late in the afternoon on Friday the 20th. Although it probably seems like a joke compared to what's happening in the US right now, it was more than enough snow for Israel. 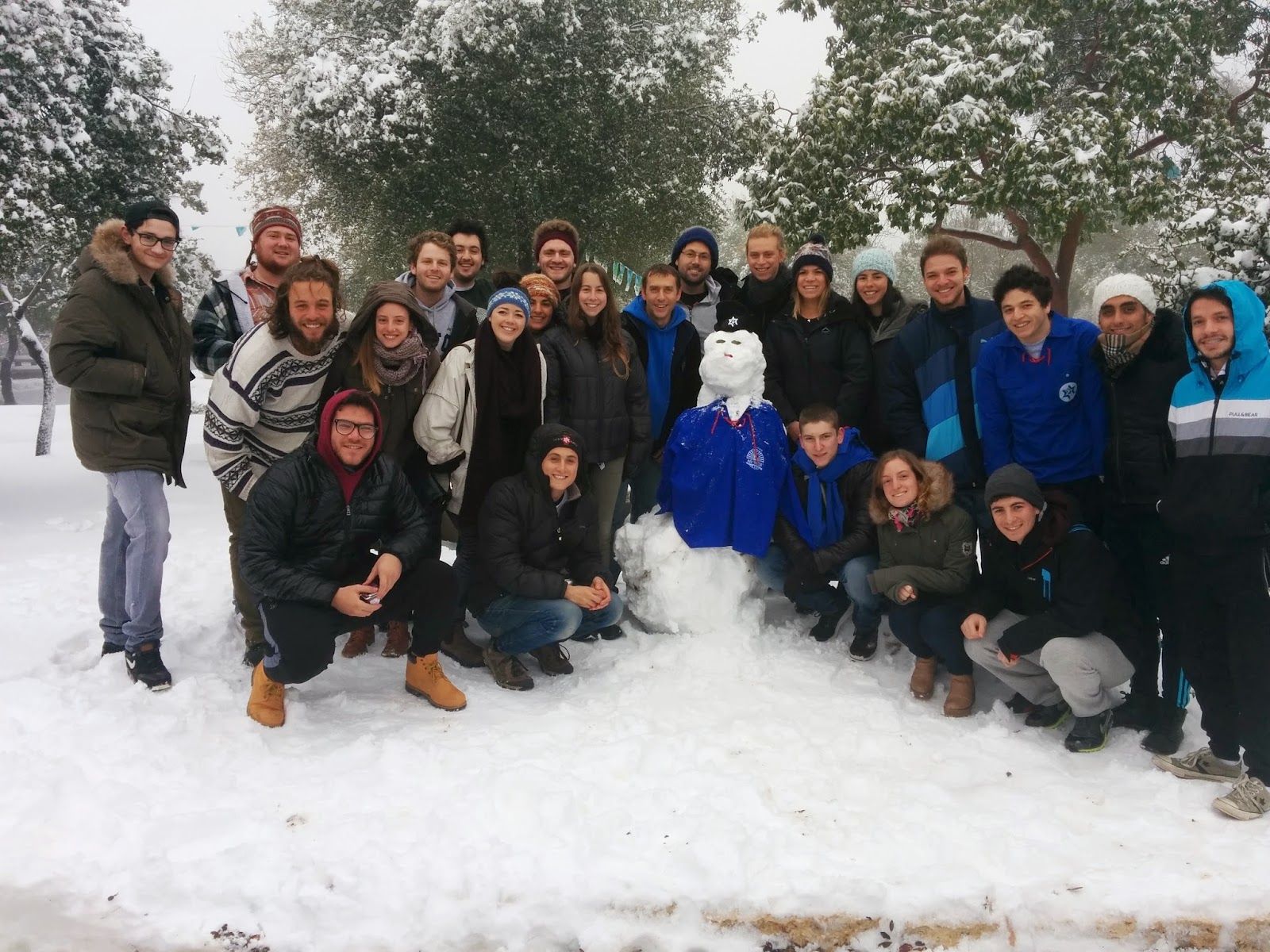 Leadership from around the world the morning before the Workshoppers arrived.

This year was the 8th Veida Olamit (World Council) of Habonim Dror Olami. The Veida is the decision making body of Habonim Dror, and a chance for the Workshoppers, along with participants from Brazil, Uruguay, Argentina, Mexico, Belgium, the Netherlands, the UK, South Africa, Australia and New Zealand, to shape the ideology and future of Habonim Dror Olami. Veida convenes once every four years, and this year the participants voted on ten different proposals. The workshoppers themselves were active in shaping one of the proposals, relating to the centrality of equality in our educational programming. (Their proposal passed unanimously!) 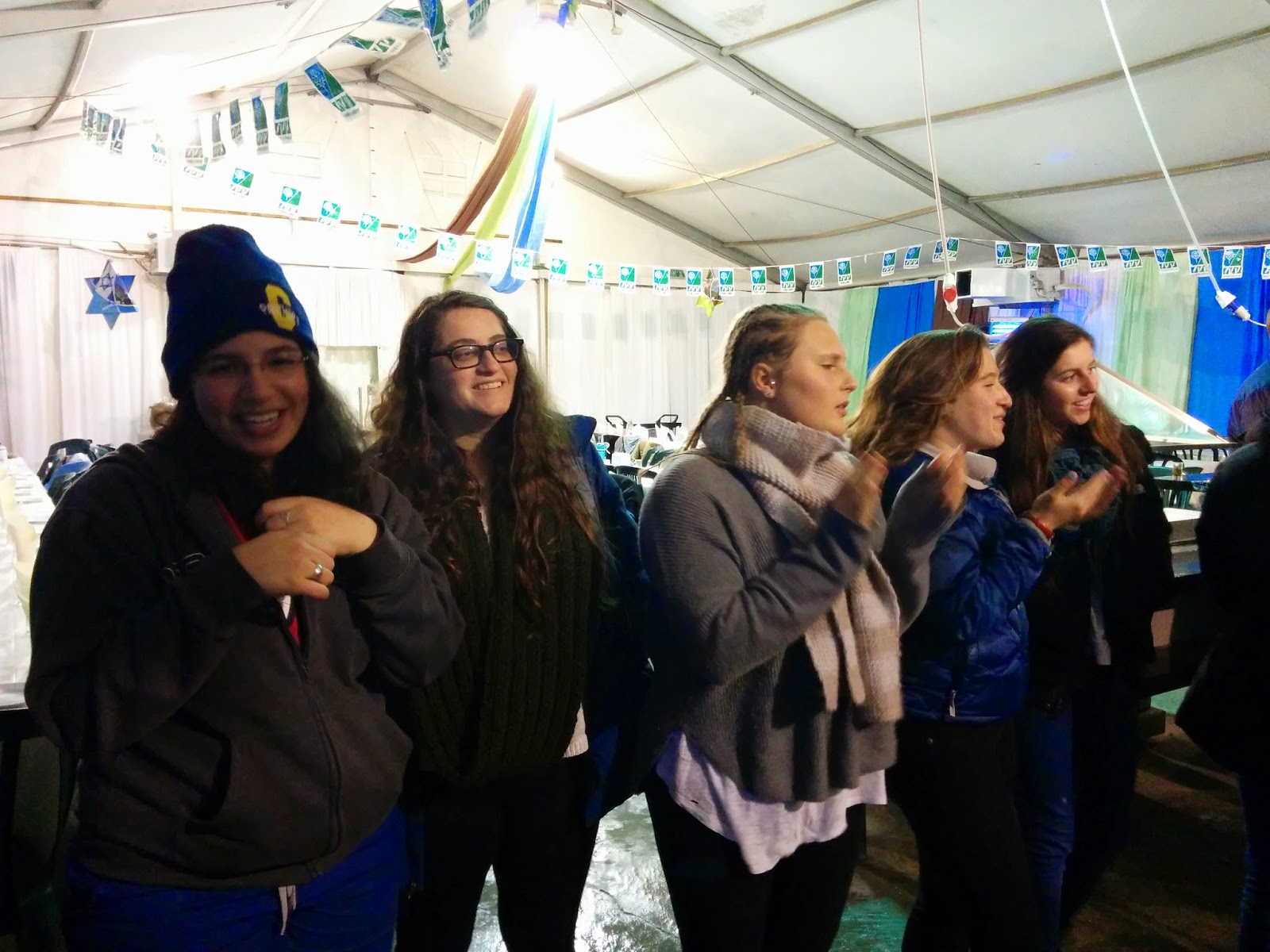 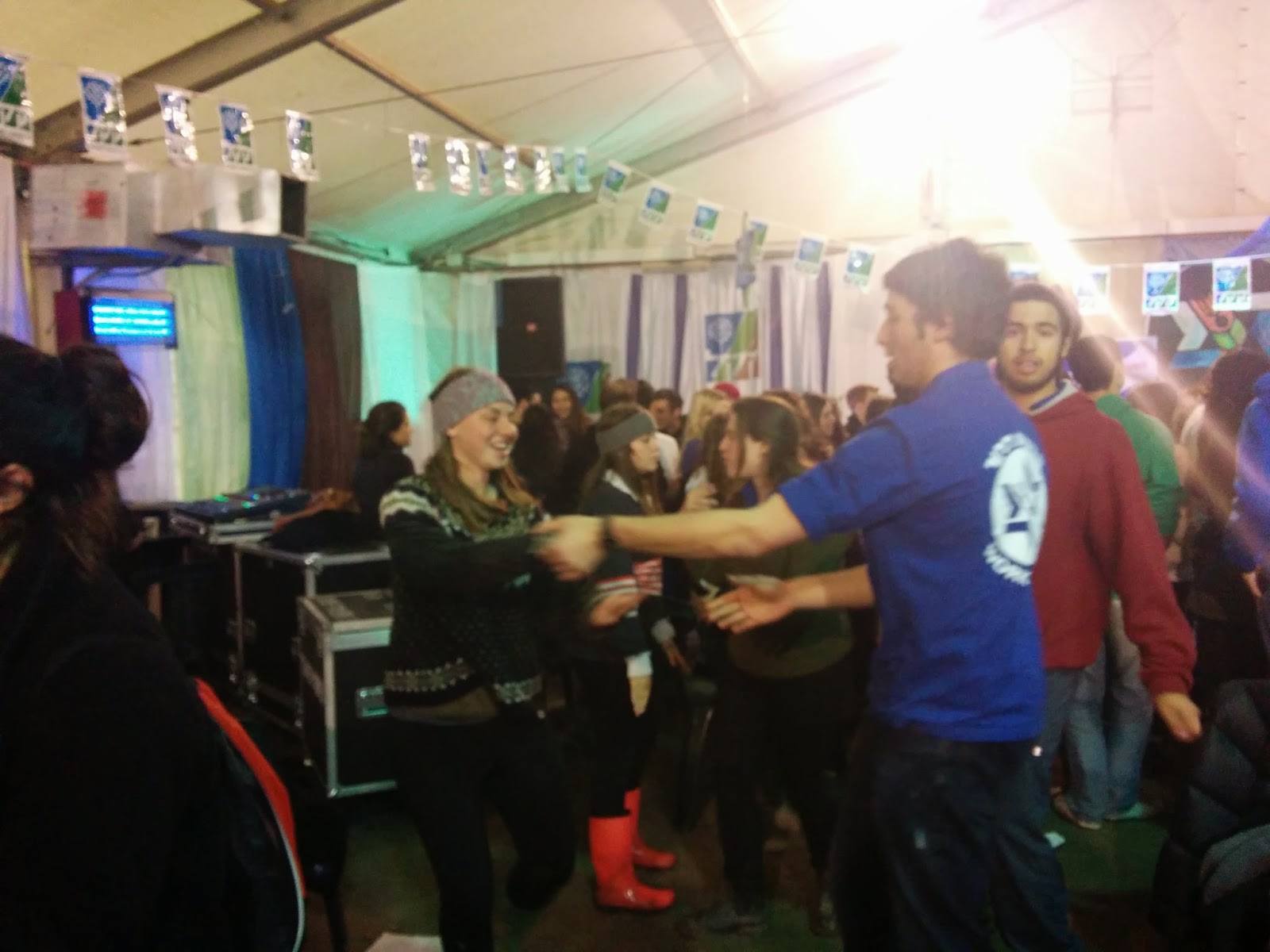 The Veida also included a Saturday evening celebration of Habonim, with guests from the Jewish Agency, the JNF, the World Zionist Union and olim from Habonim Dror. The choir of Hanoar Haoved, our sister youth movement, performed, as well as a Brazilian samba band. 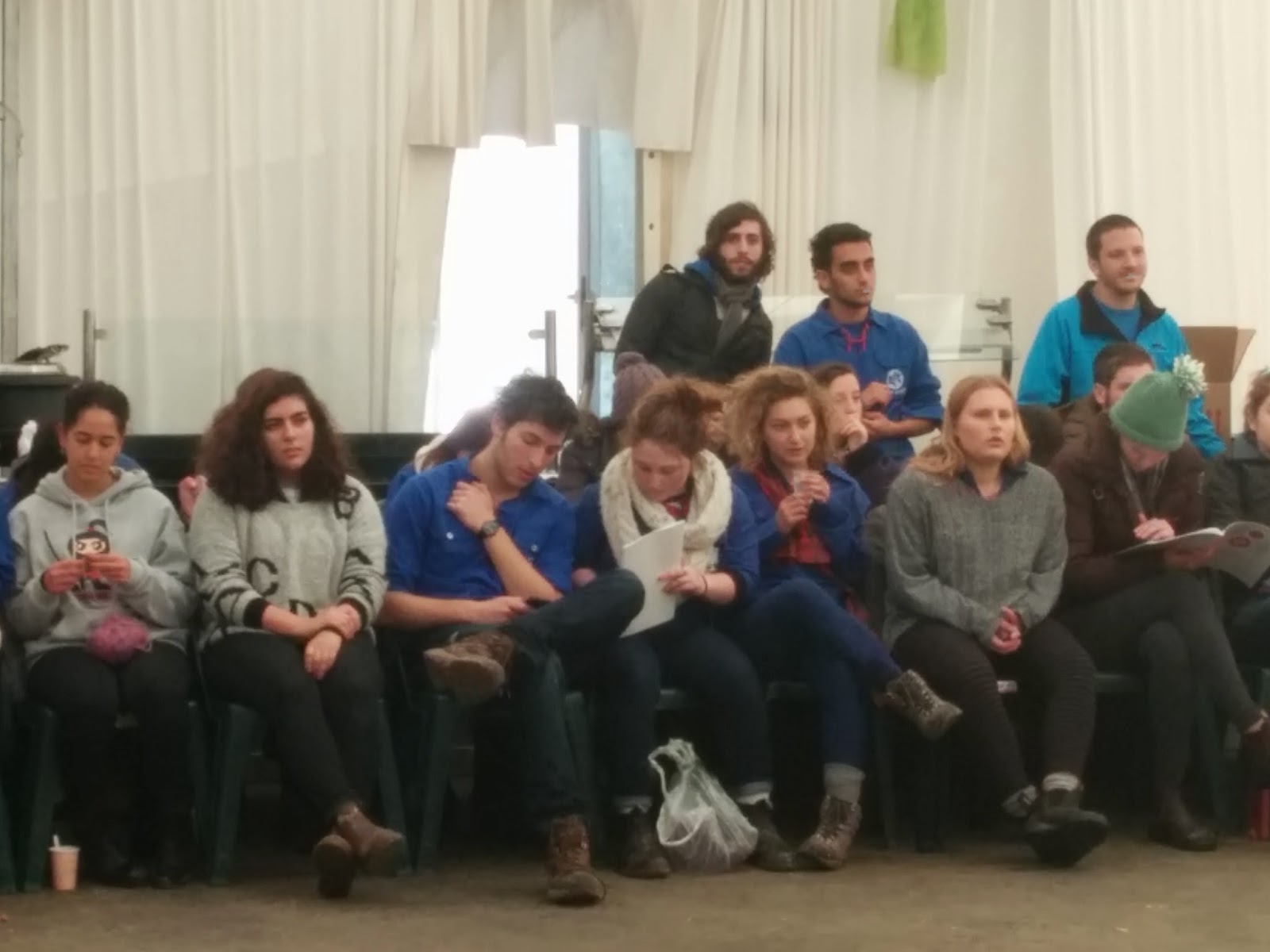 In serious debate over the proposals!

Singing Hatikvah altogether before the voting. 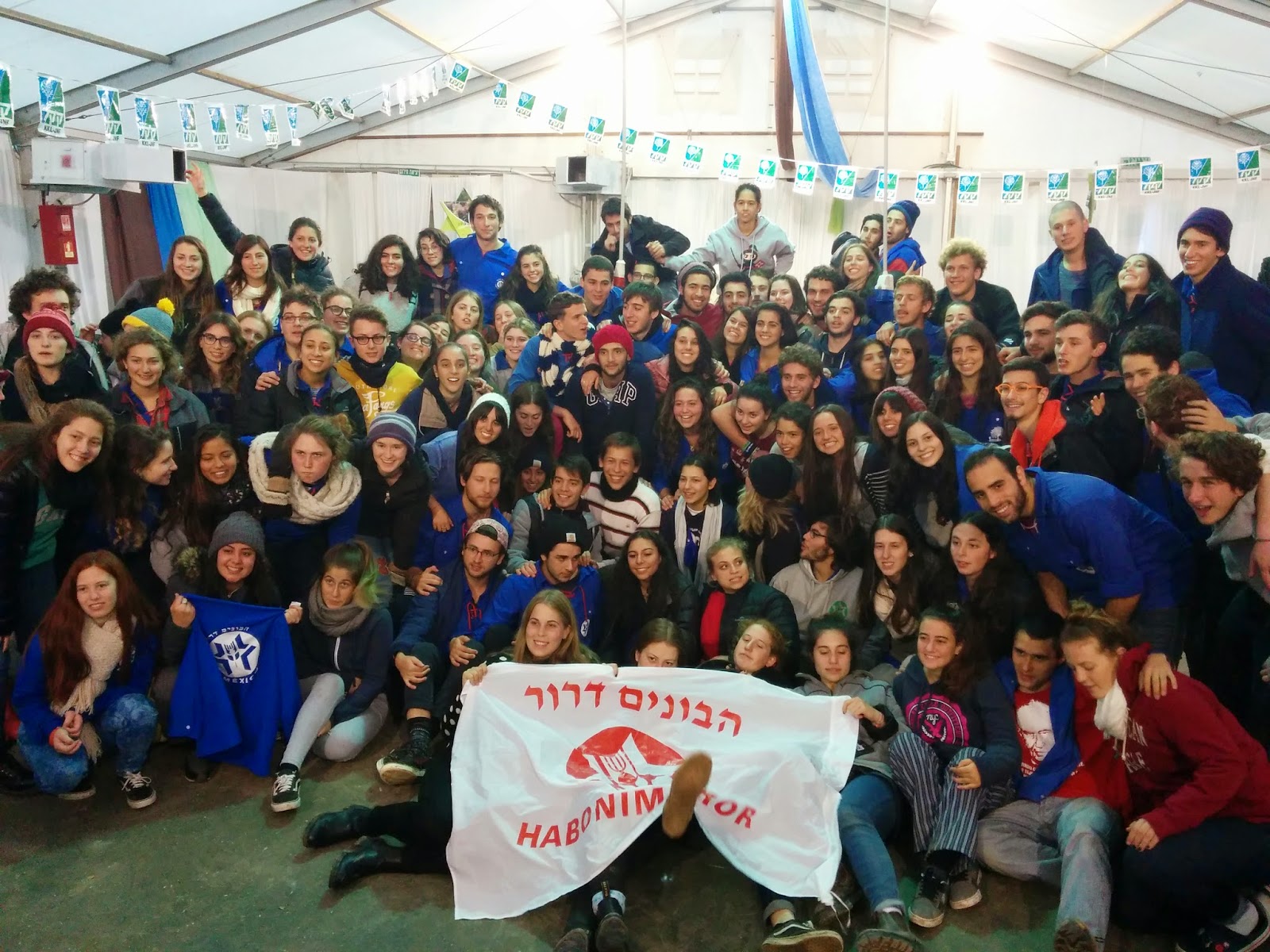 All the gap-year participants from Habonim Dror around the world.