The past weekend, 120 participants from Brazil, Uruguay, Mexico, Argentina, the Netherlands, America, Canada, South Africa, the UK, Germany and Australia gathered to discuss the legacy of Yitzchak Rabin and the struggle for peace in Israel. The seminar, while asking very difficult questions about the obstacles to peace in Israeli and Palestinian society, was also an chance to get to know Habonim Dror around the world. The chanichim had the choice to participate in the seminar in English or Hebrew. On Saturday afternoon, the chanichim also had a choice of guest speakers, to see different methods of people working towards peace in Israel. 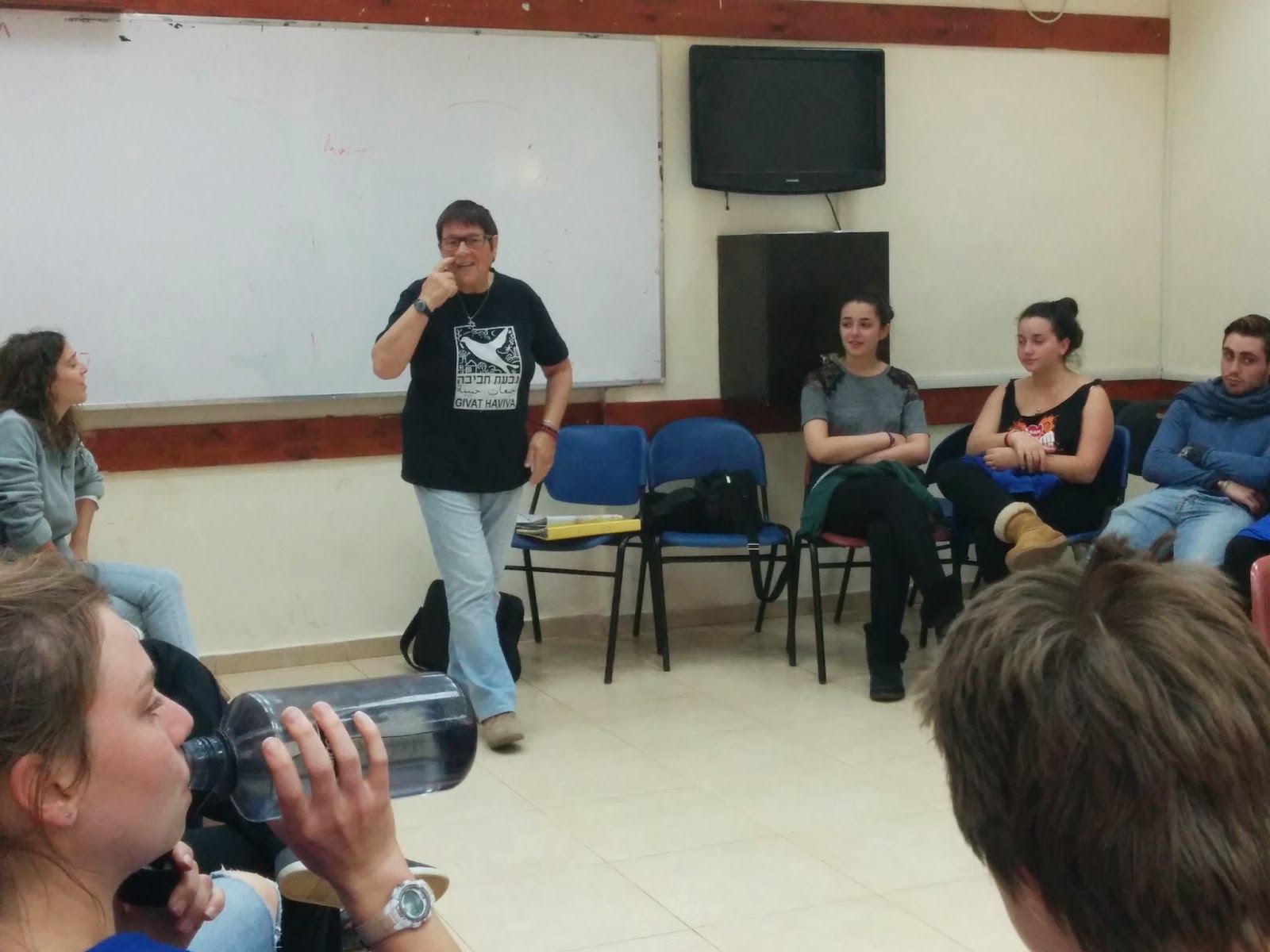 Lydia Eisenberg, from Givat Haviva, discussing the work they do with dialogue groups between Israelis and Palestinians.

Ohad Lahav, from the Batim Lemida v'Emda, (a network of after-school clubs for kids in lower socio-economic neighbourhoods throughout Israel) explaining anti-racist education as a tool for peace.
We also had a guest speaker from the Beit Jala Project, an international organization of youth movements that seeks to create connections between Israeli and Palestinian youth groups, and the head of the Arab sector of Hanoar Haoved Youth Movement. 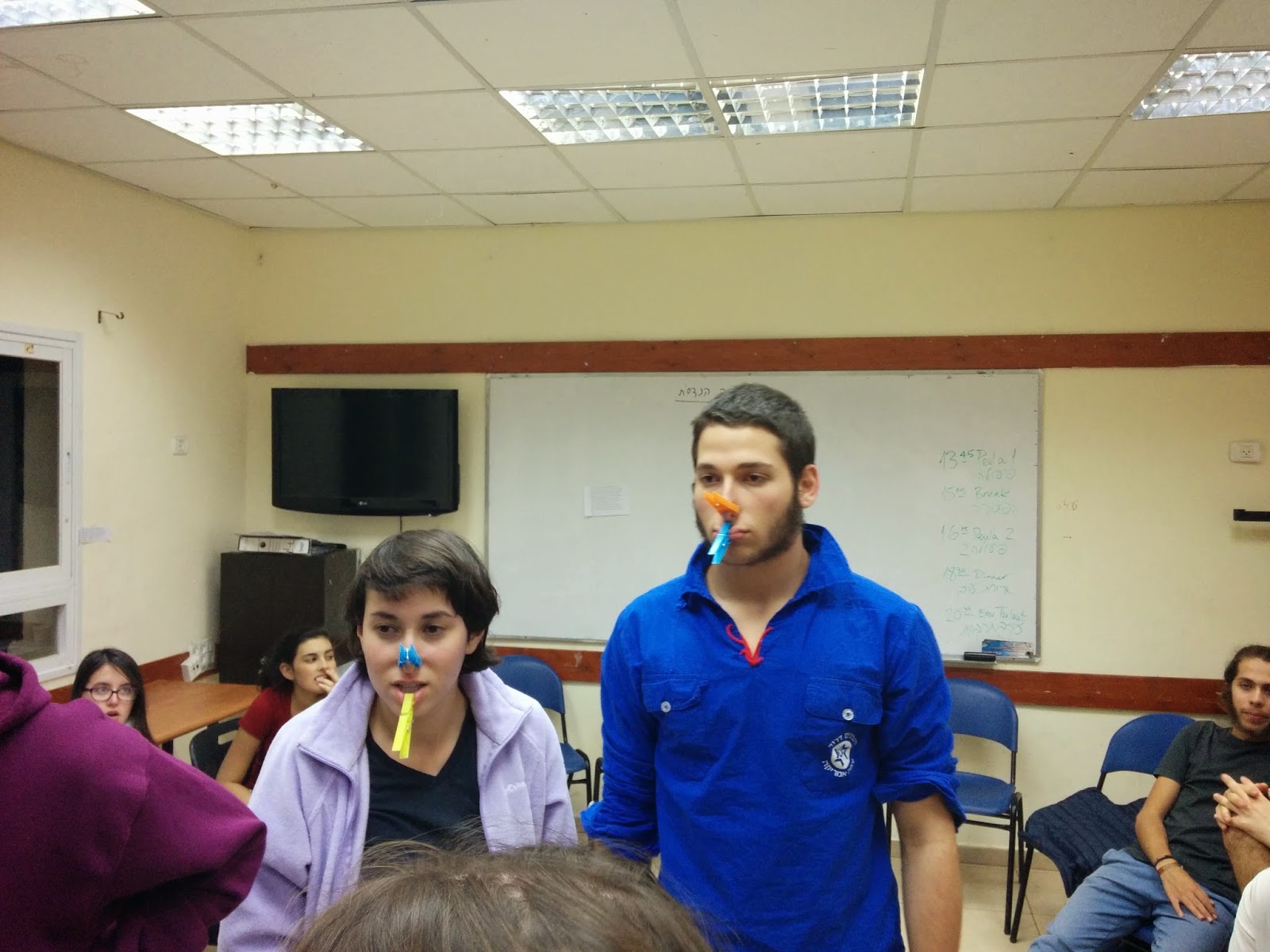 The Hebrew group having some fun at night. 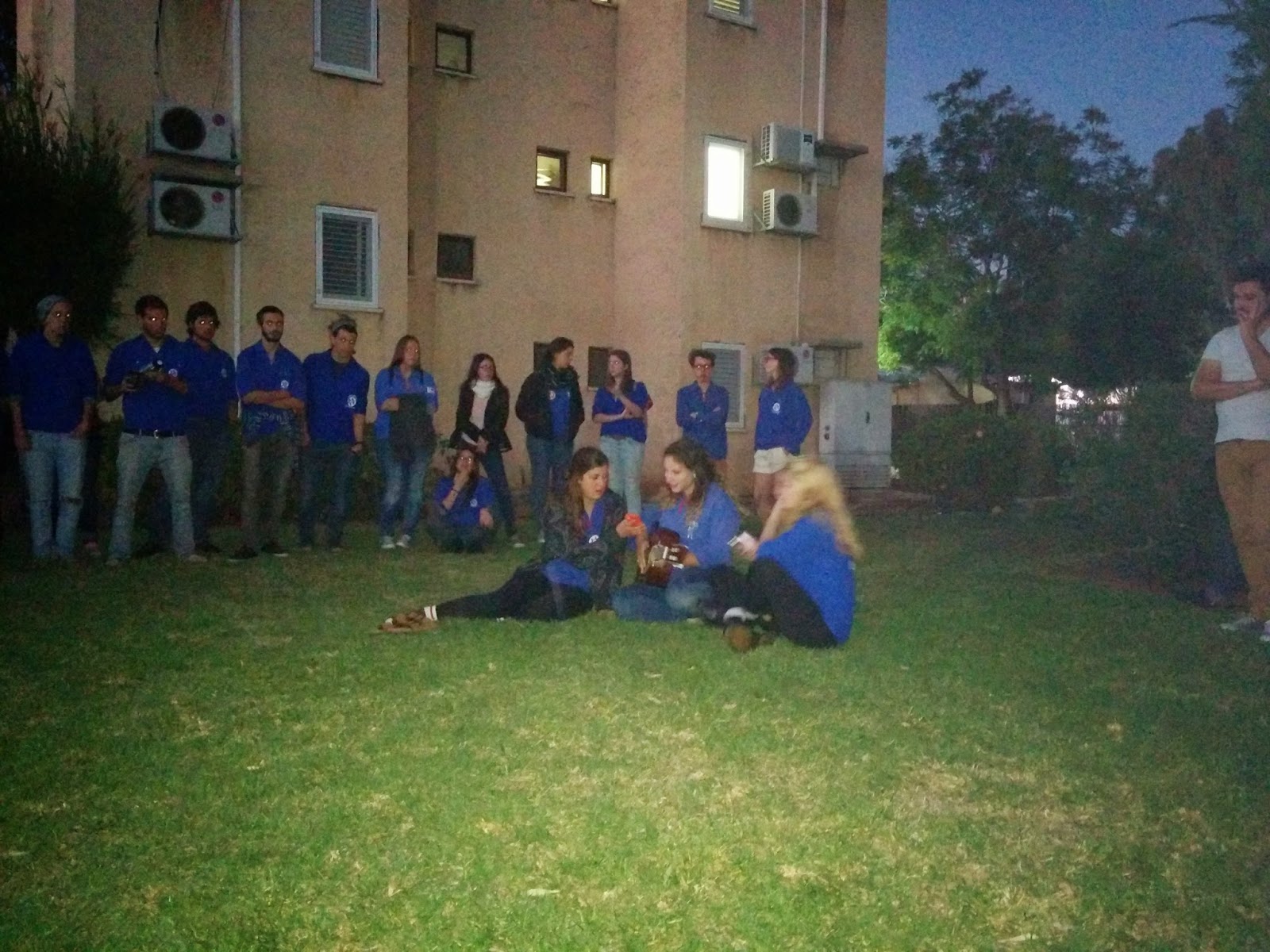 Patty and Rayna singing at night in the tekkes.

We finished the seminar with a tekkes with representatives from every country before heading to Tel Aviv for the rally. The rally was a joint demonstration by all of the youth movements in Israel, and the speakers included President of Israel Reuven Rivlin, the mother of Naftali Frankel (one of the boys kidnapped this summer), and singer Orna Banai. You can read more about the rally here. 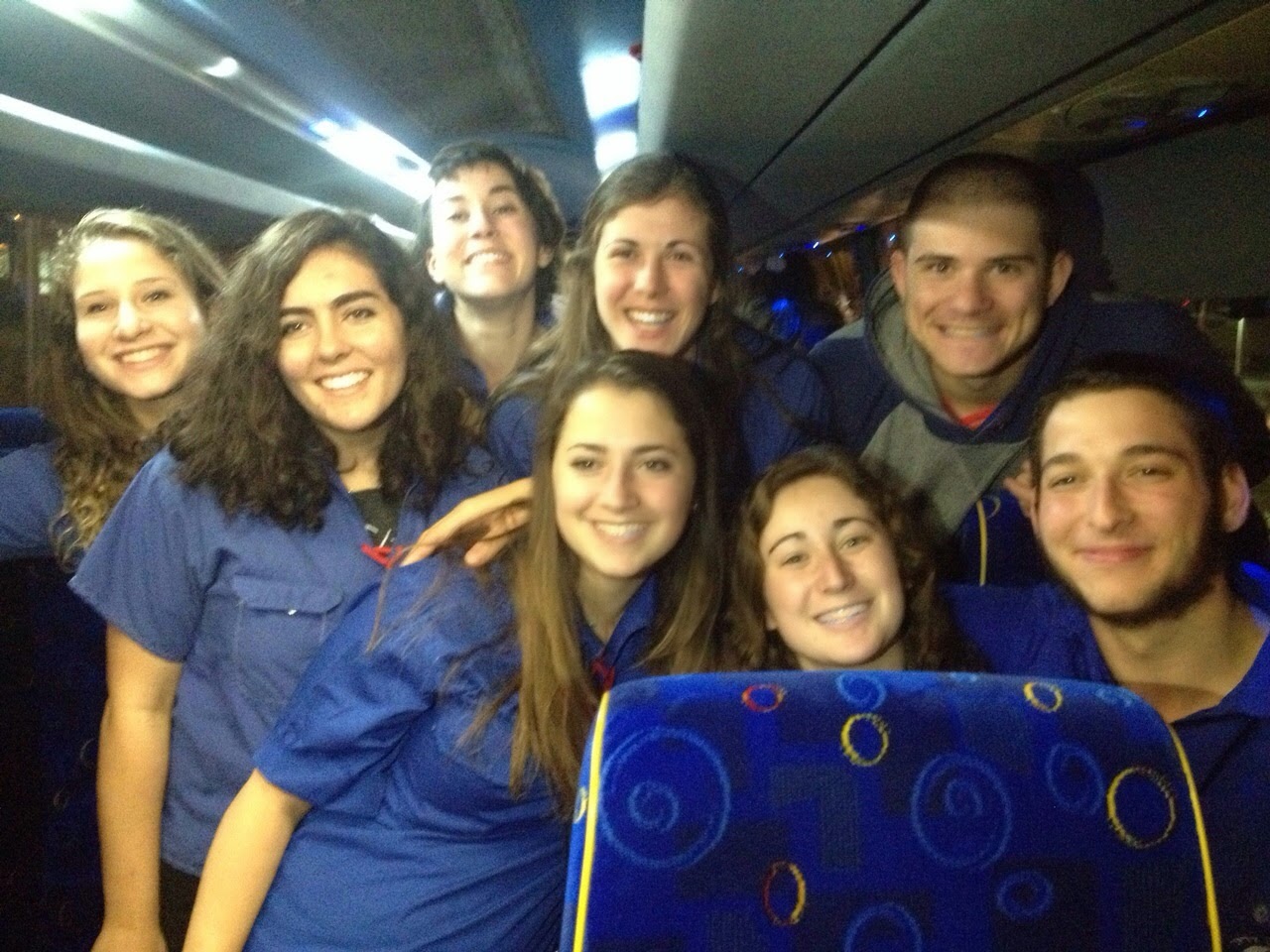 Leah (Moshava) has shared her thoughts with us about the experience of the rally and seminar.

Attending the Rabin Seminar and Rally was a powerful experience for me. It was the first time I've worn a chultzah on workshop and getting to do so while surrounded by dozens of acquaintances from the global movement and later by hundreds of strangers from the HaNoar Haoved felt really cool. Learning this past week about the assassination of Yitzchak Rabin and about some particularly hard-headed religious Zionist settlers has sometimes been despair inducing, so getting to talk in depth about some alternative to violence and later organizing for peace and democracy was genuinely empowering for me.
Posted by Unknown at 1:06 AM