Last week's theme was Arab-Israeli Conflict, Part One. On Thursday, the chanichim traveled to Haifa for a siyur about the British Mandate period (1919-1948). They started the siyur with a view of the city and port from the Louis Promenade, discussing the different populations that existed in Haifa at the start of the Mandate period. From there, they moved to Wadi Nisnas (Valley of the Mongoose), and then to City Hall, finishing at a mosque in the Lower City. They discussed the economic struggles of the Mandate period, brought on by the development of the Haifa port by the British and the arrival of olim from Europe and Arabs from the neighbouring villages. The questions around co-existence in the face of rising Palestinian nationalism and increasing Jewish immigration throughout the 1920s and 30s were definitely still felt as relevant today. 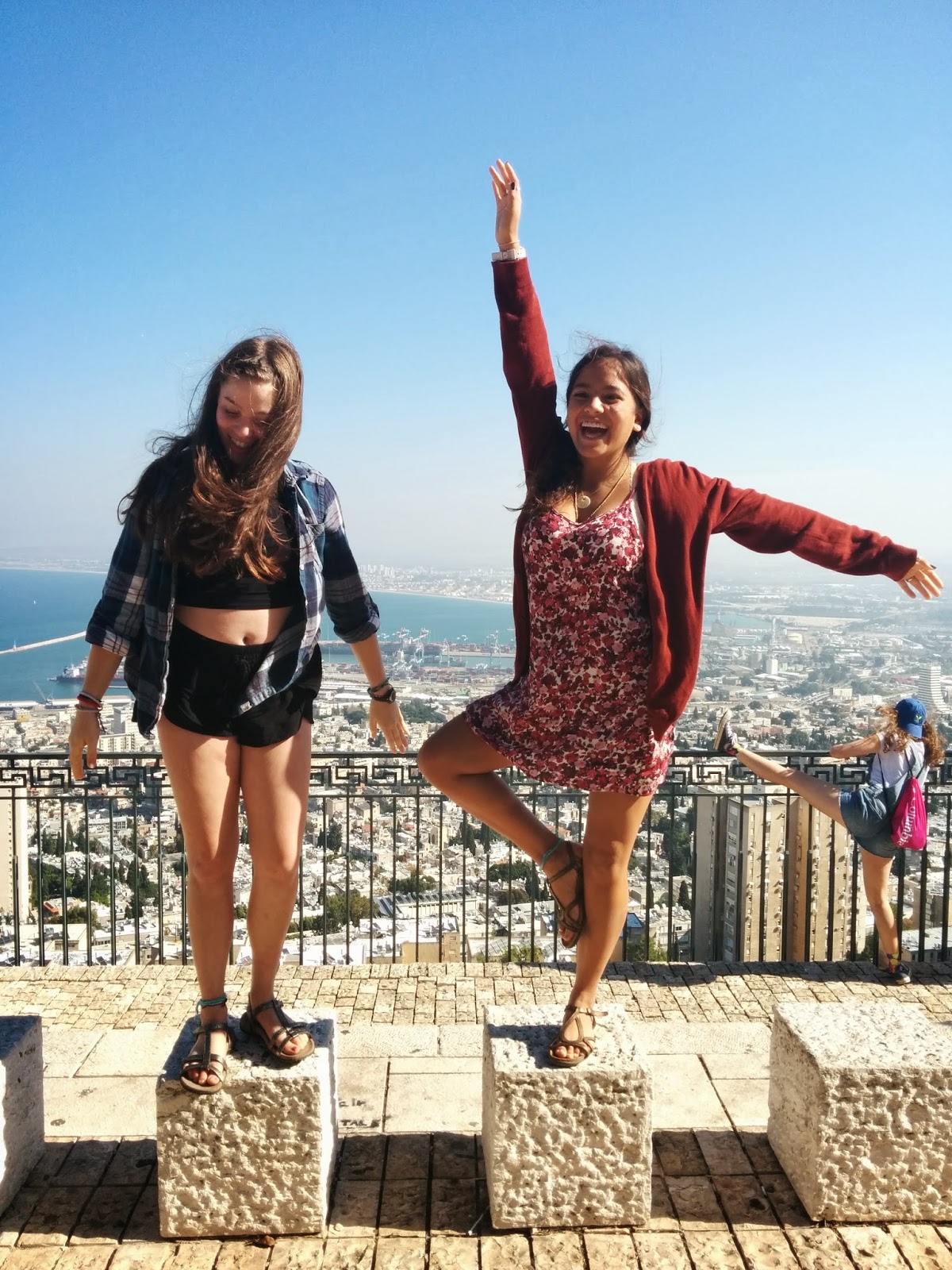 Elana and Emilia at the Promenade. 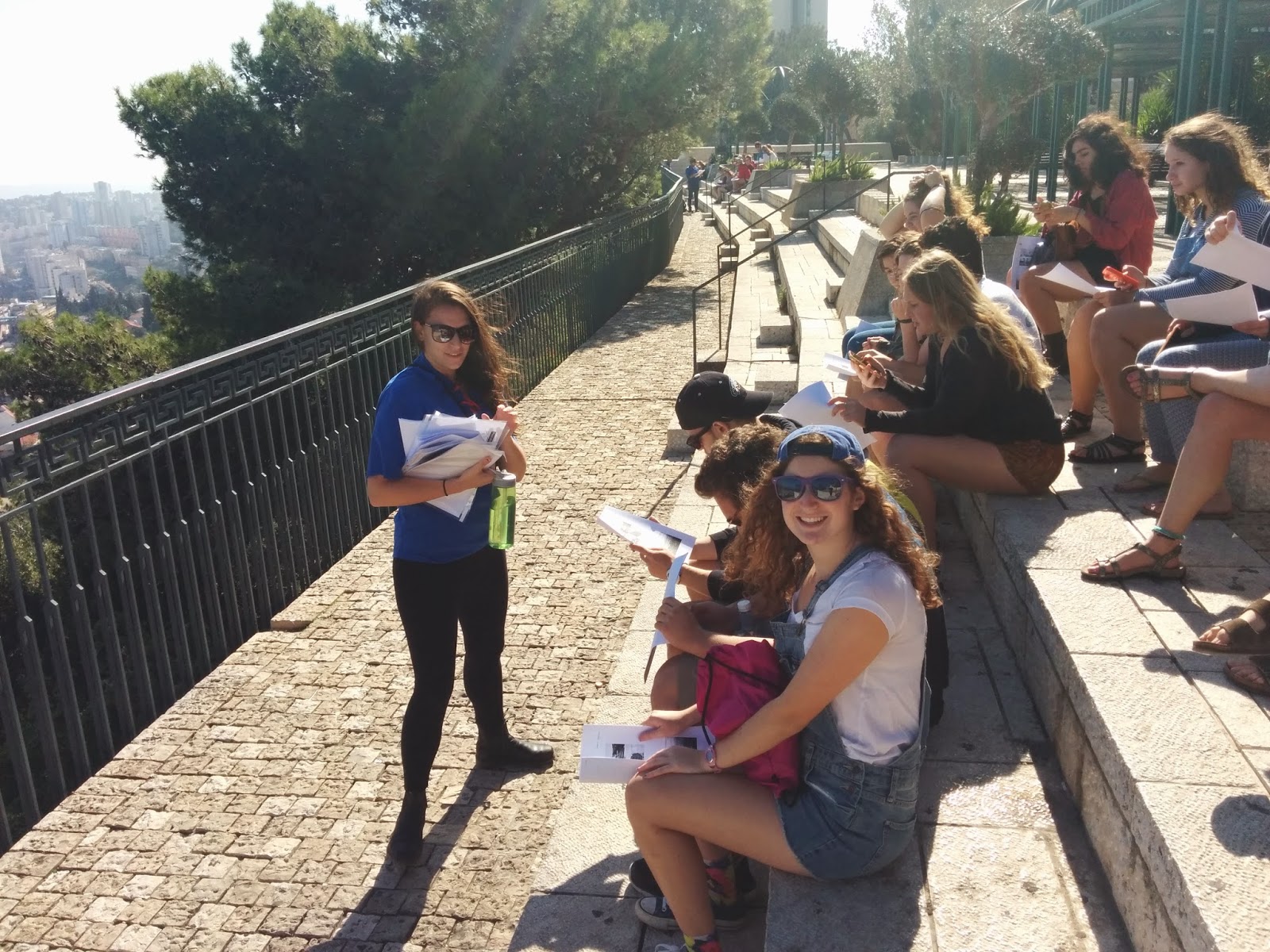 The start of the siyur. 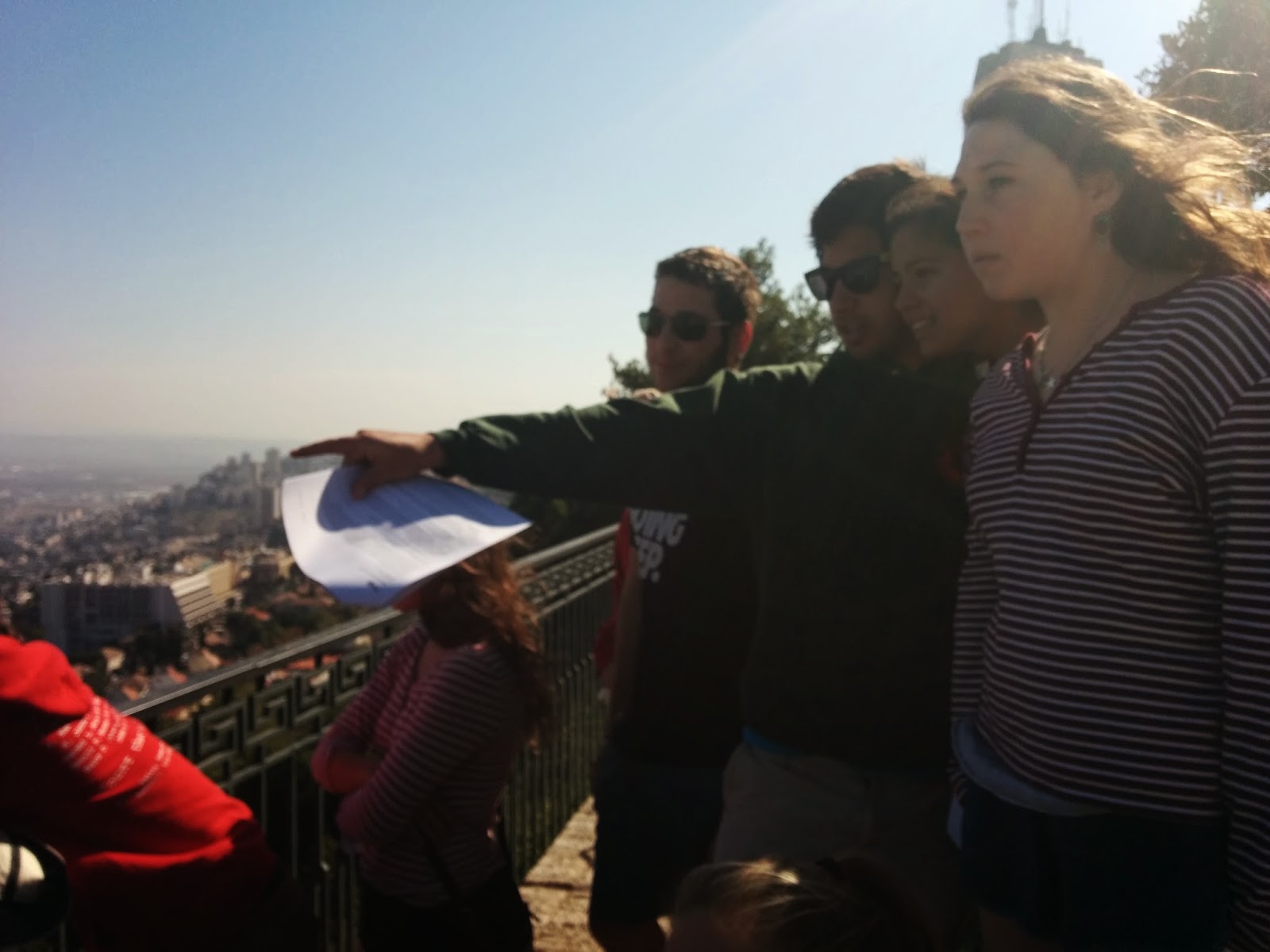 Trying to figure out exactly where we are! 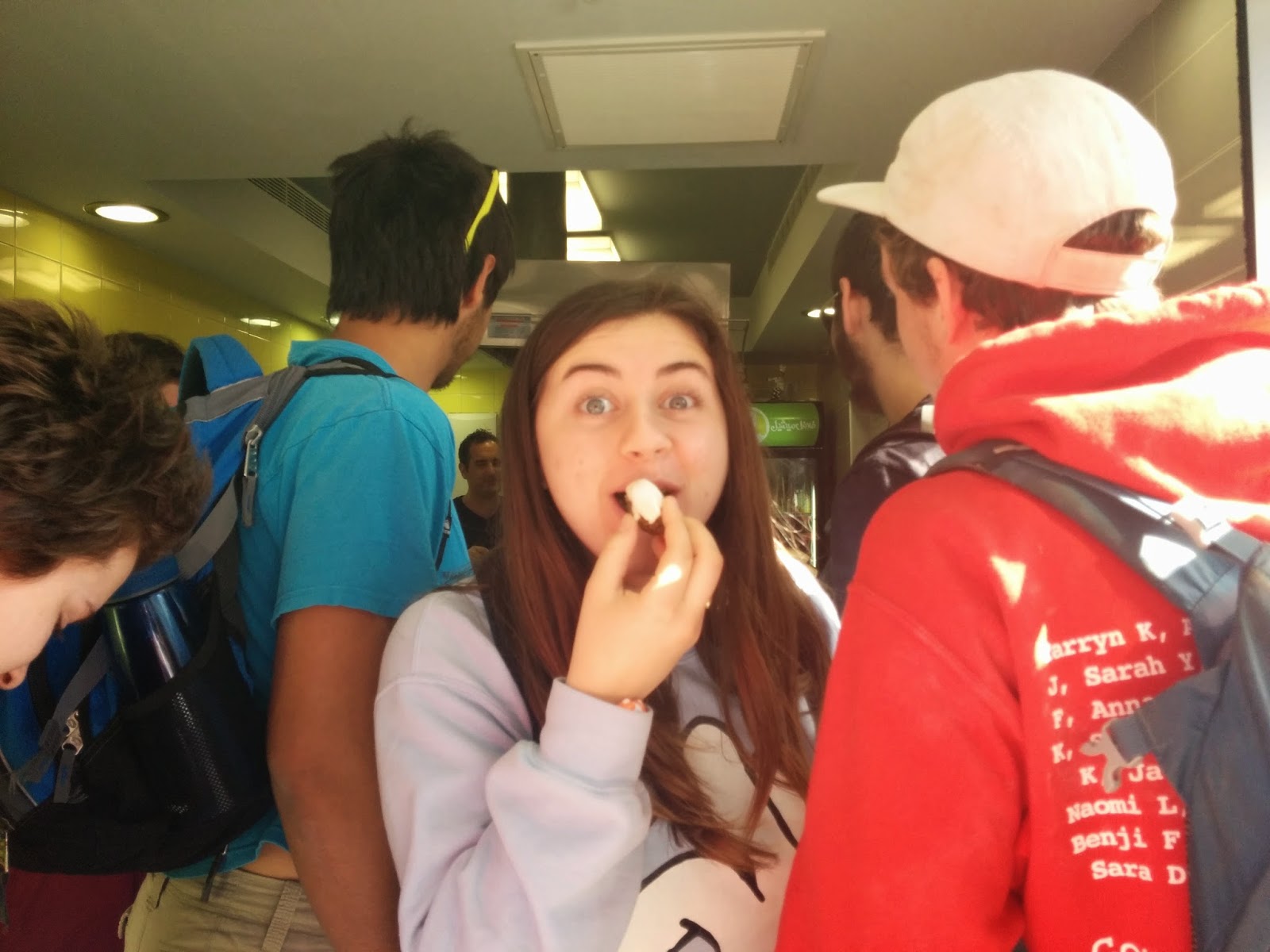 Roni getting a taste of Wadi Nisnas cuisine. 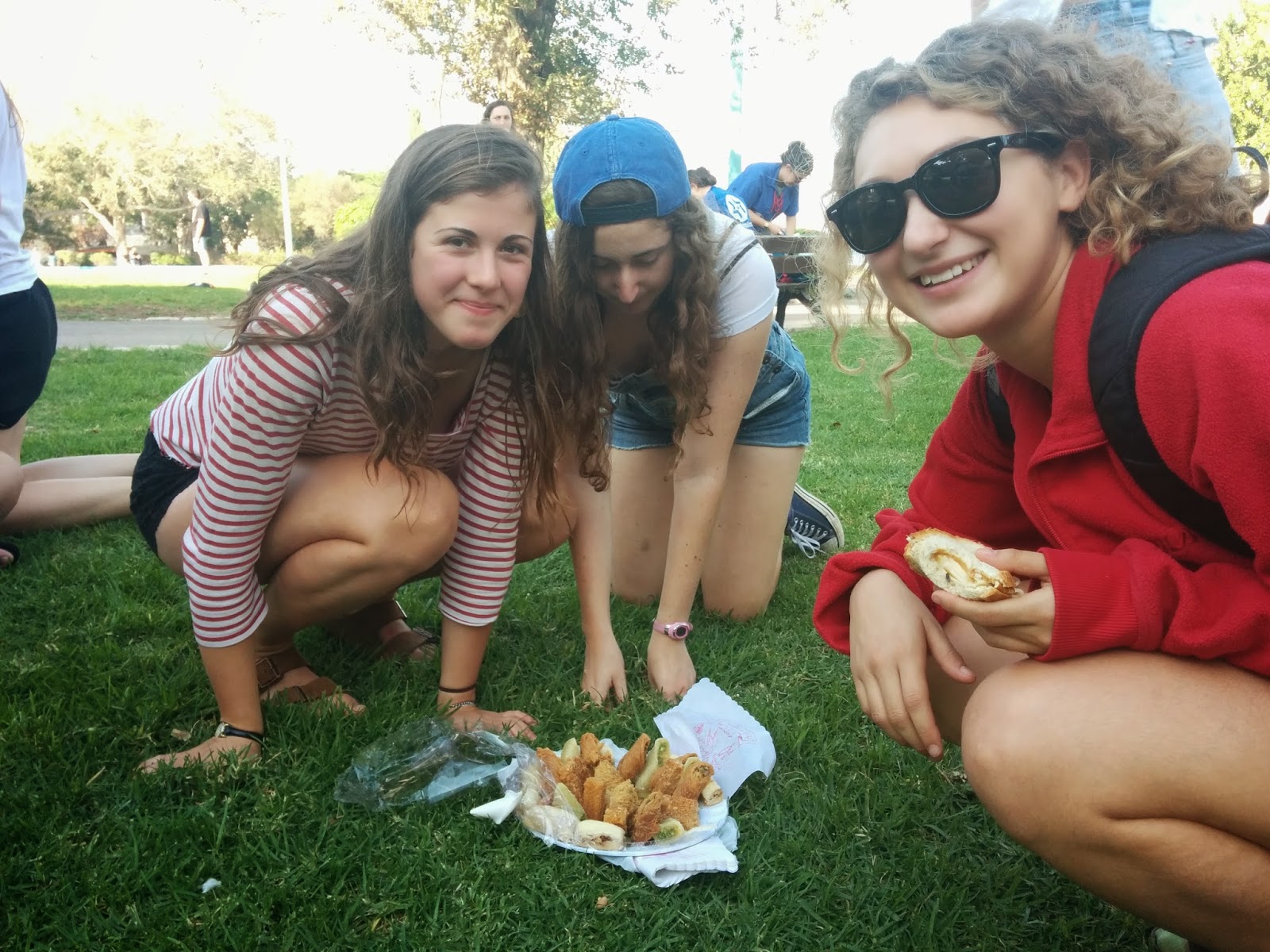 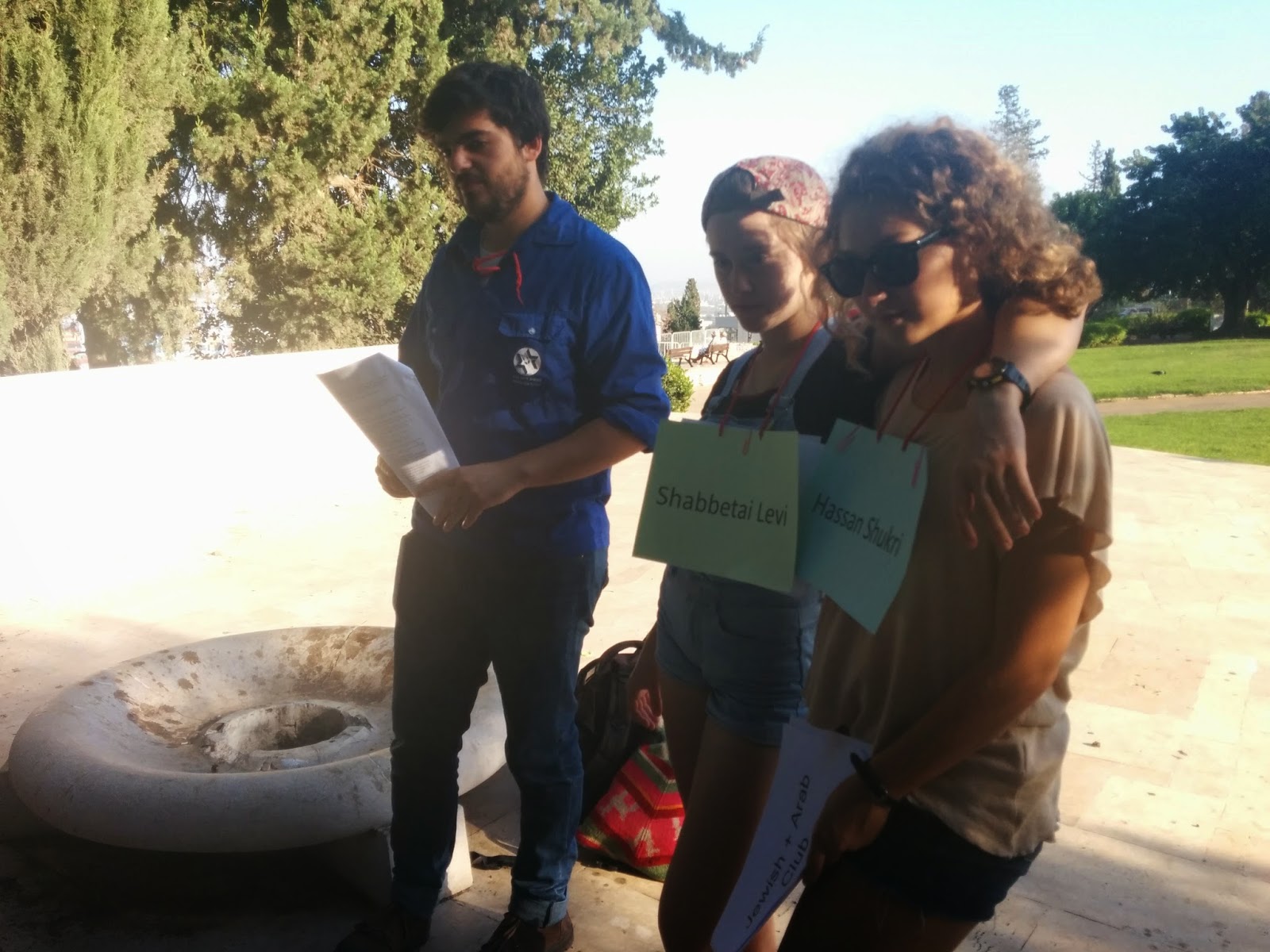 Kaela and Mia helping explain Arab-Jewish relations in the 1920s by
acting as Hasan Shukri and Shabtai Levi, former local politicians.
Posted by Unknown at 11:32 PM