On Thursday, Workshop 64 celebrated their completion of Boneh with a tekkes. Hosted by Ari, the tekkes included performances by the chanichim, and speeches by their madrichim. The tekkes was a chance for the Workshoppers to show what they were taking with them from Boneh, and for the people who had worked with them to say goodbye. 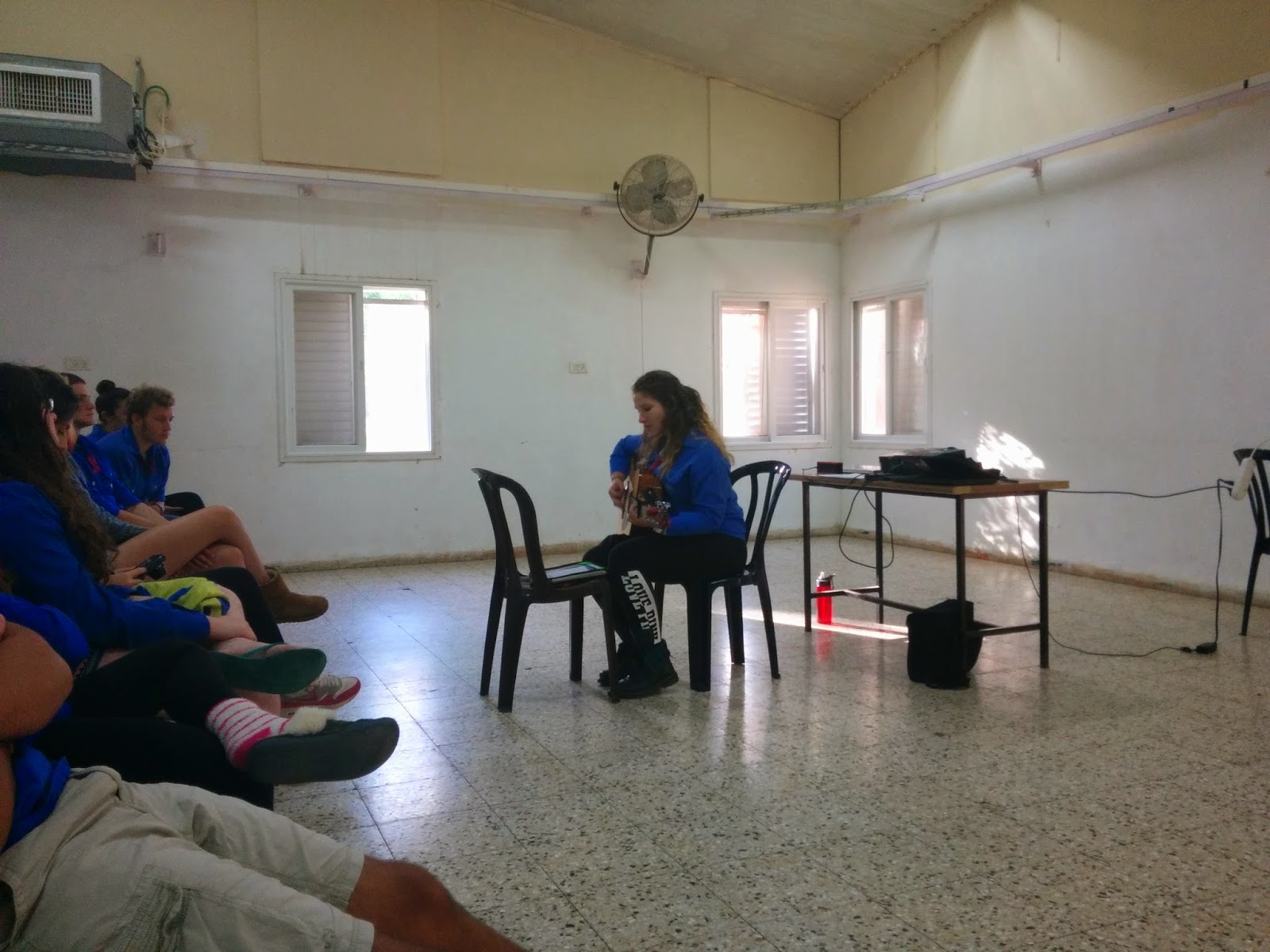 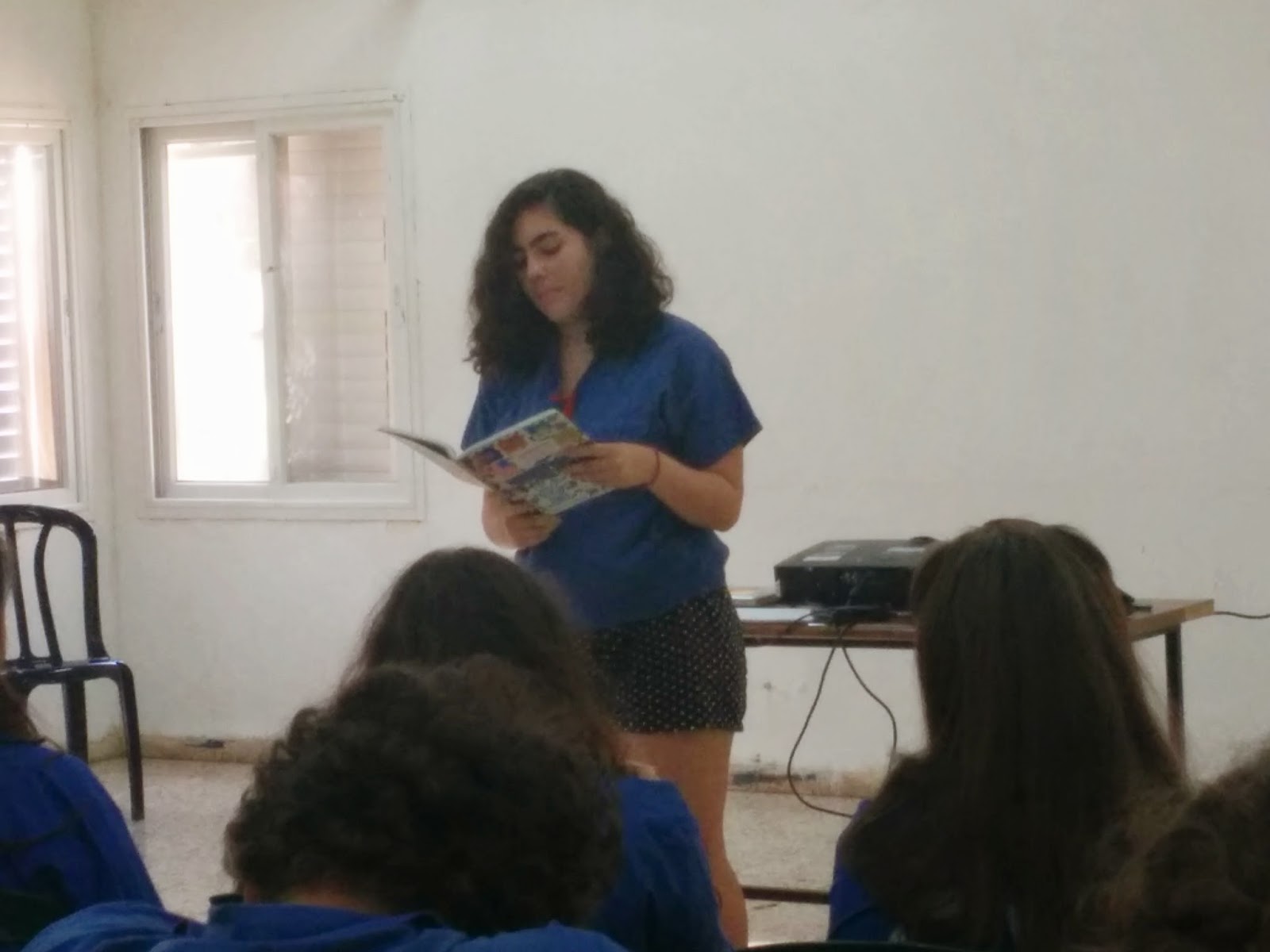 Frenchie reading a poem she wrote. 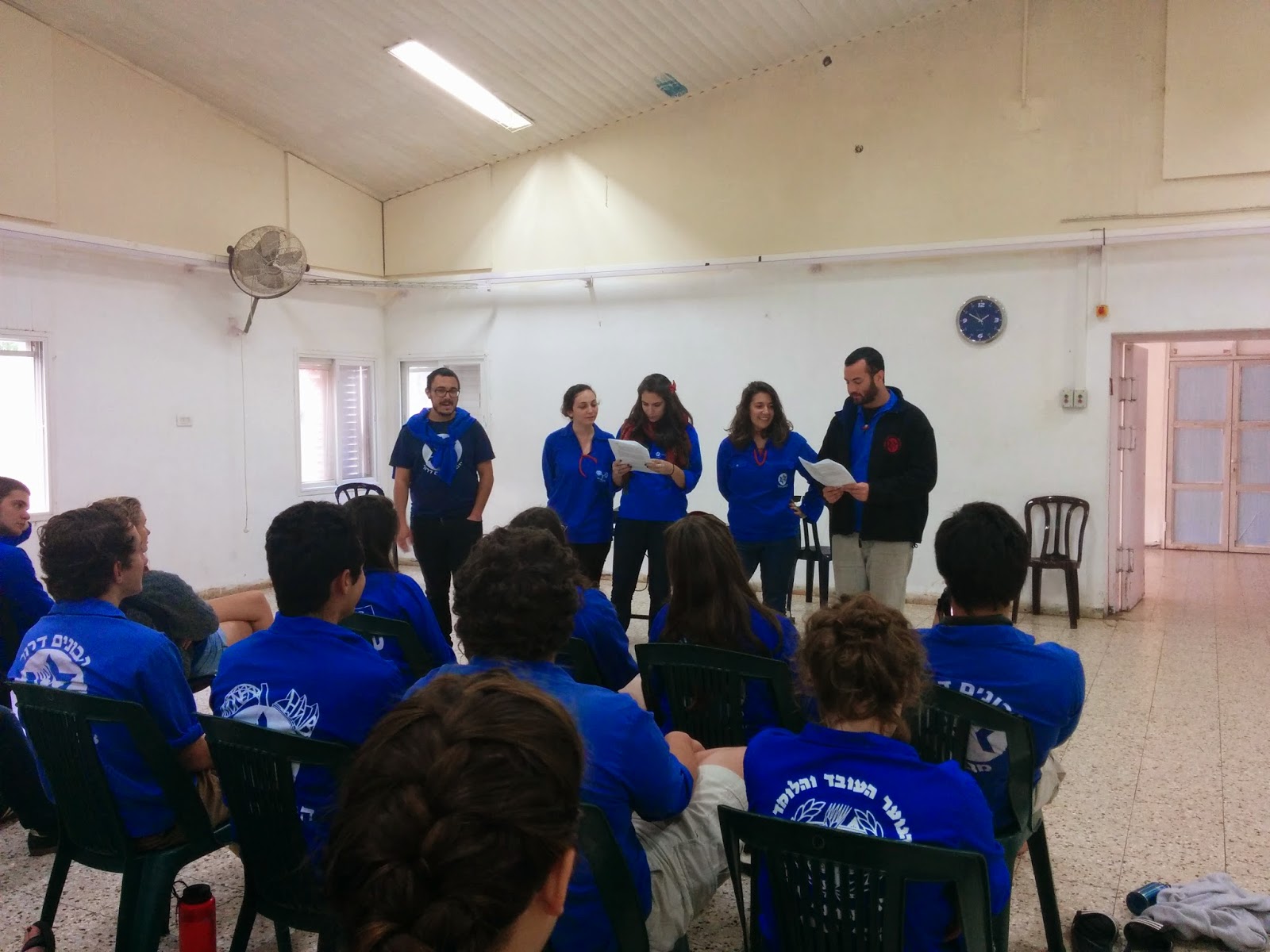 The Boneh educators speech: "Sometimes it may seem like struggle and uncertainty is holding you back. We know it is a tough spot to be in. But we have a quick little Jewish anecdote that touches on this issue: The name "Israel" is derived of the verb לִשְׂרות (lisrot, "wrestle"); the second half of the name is אֵל (El, "God"). "Israel" is the name given to Jacob after he wrestled with God's angel. The first Jew, then, became a Jew through the process of struggle. Cool right? One message we invite you to draw from this story is that perhaps the most essential Jewish act is the act of struggling. Questioning—if it is done deeply and with honesty and integrity—should not make you feel lame, second-class, or un-Jewish. By questioning in this way, as we’ve seen you do time and time again throughout Boneh, you are actively tying yourself to the history and legacy of the Jewish people. Defeat only comes when you stop wrestling. Only dead fish go with the flow." 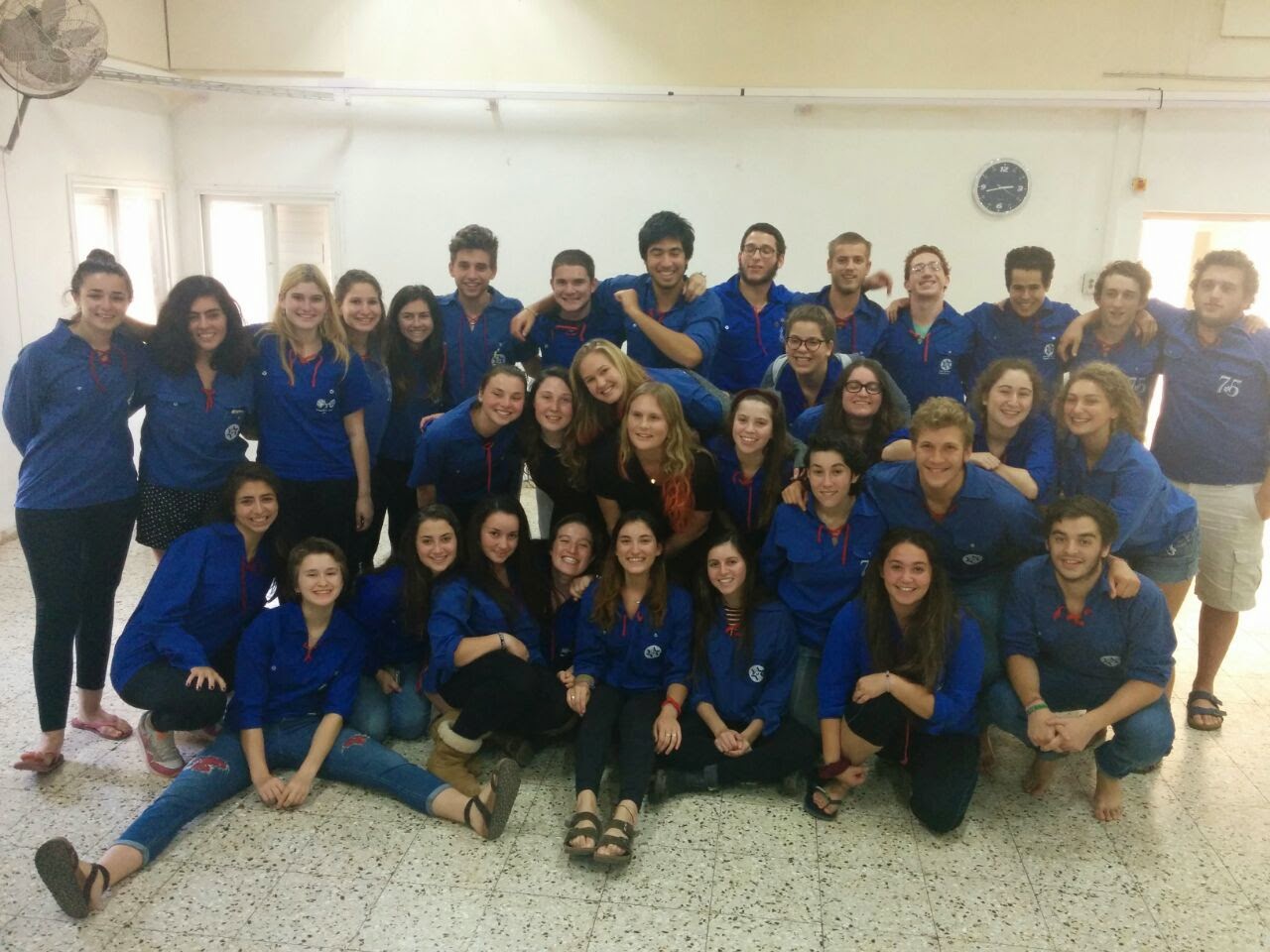