The past four days, the Workshoppers were travelling around the Galil, learning about the history of Habonim Dror in Israel. We started at Hatzer Kinneret, the first training farm of the 2nd Aliyah (1909-1914) for the chalutzim (pioneers), who later went on to establish the first Kibbutzim. After a visit to the Kinneret Cemetery, where important ideological thinkers and leaders, as well as kibbutz members, are buried. The Workshoppers had a chance to see the graves of Moshe Hess, Nachum Syrkin, Beryl Katzenelson and the poet Rachel. Afterwards, they visited Muki Tzur, a historian of the Second Aliyah and a former shaliach to Habonim North America. The Workshoppers continued the next day with visits to some of the earlier kibbutzim established by Habonim: Kibbutz Kfar Hanasi, Amiad and Yizrael. After learning about some of the processes of change that have occurred in the Kibbutz movement, the Workshoppers were left questioning what the role of Habonim is in pioneering Israel today. On Tuesday, they visited some bogrim (graduates) of Habonim who were part of Kibbutz Mishoal, the largest urban kibbutz in Israel. Finally, they finished the week of by meeting some of the newest graduates of Habonim to make aliyah and live in collective frameworks in Haifa. All in all, it was a challenging and inspiring week learning about, and questioning, the role of Habonim Dror in Israel. 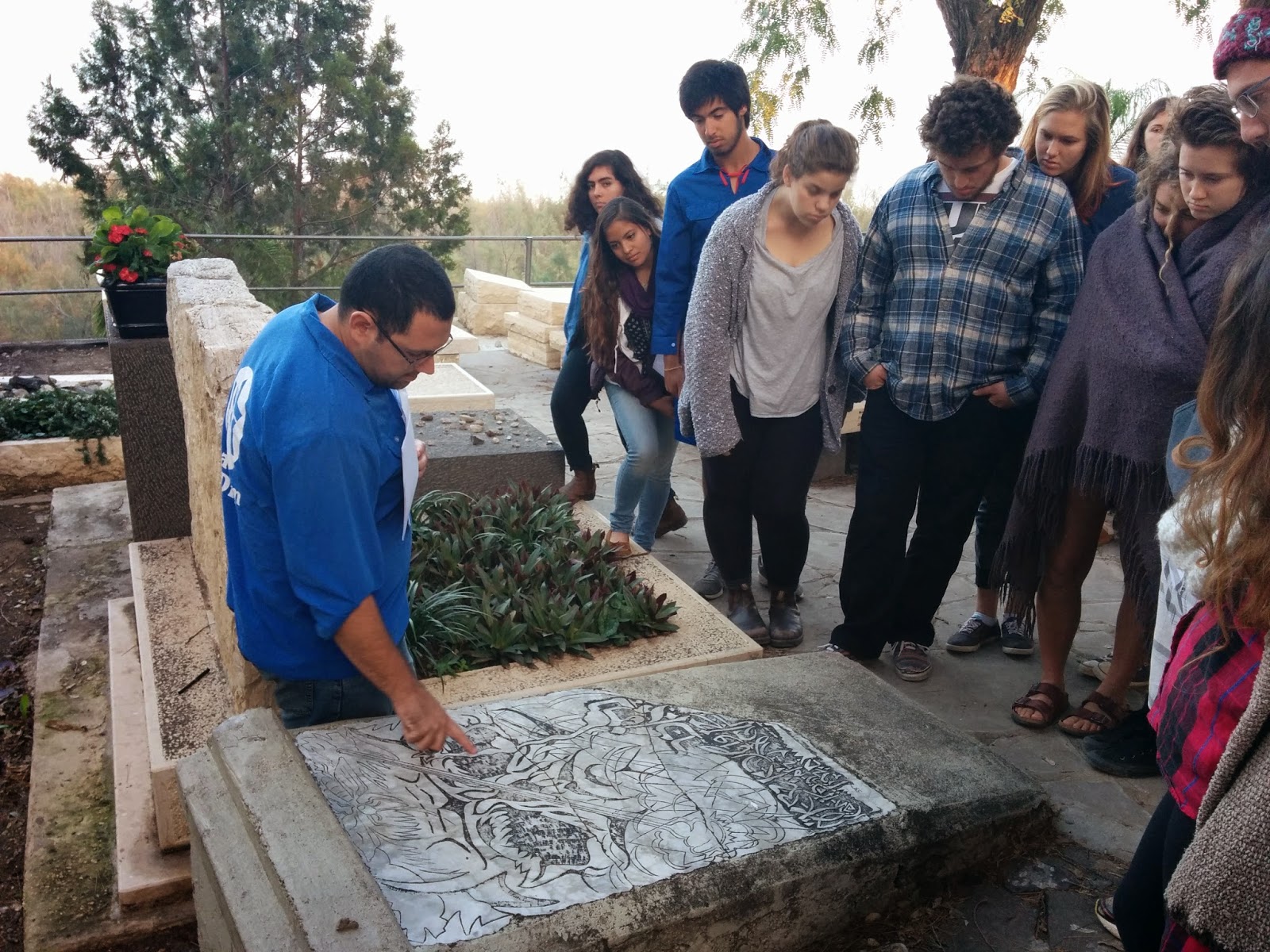 Discussing the difficulties faced by the chaluztim at the grave of someone who committed suicide.. 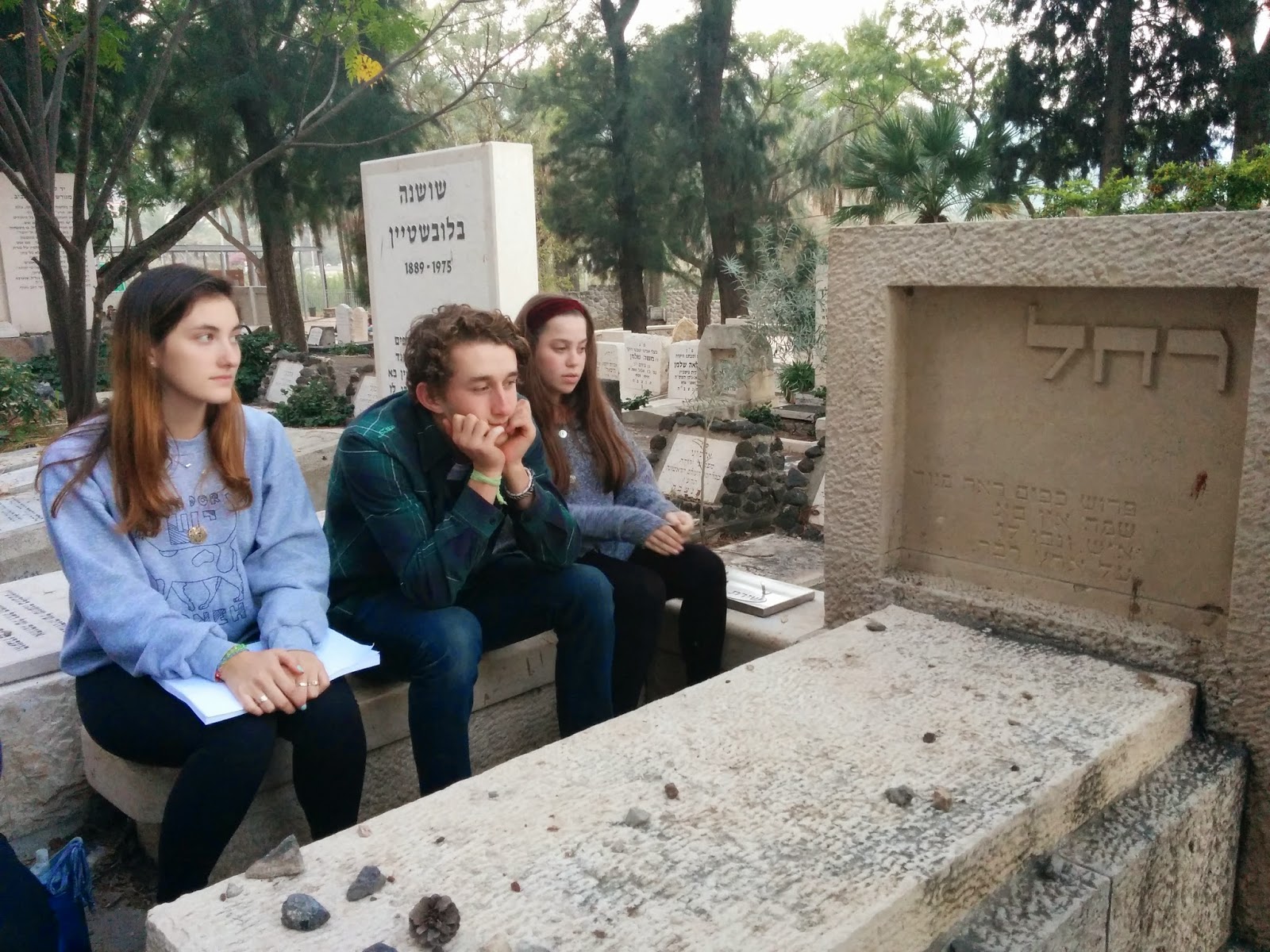 Totally fascinated by the life of Rachel, the poet of the Second Aliyah. 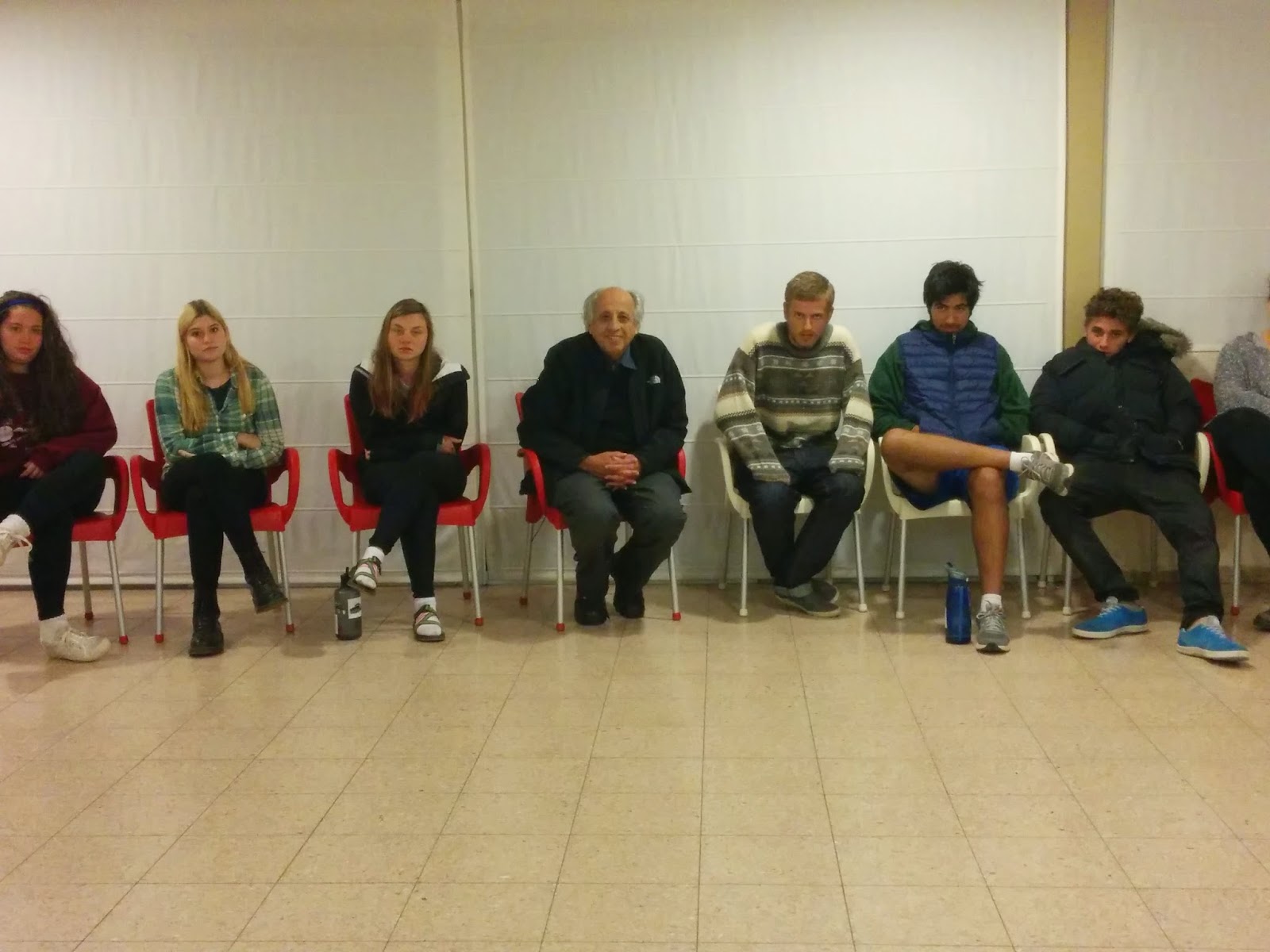 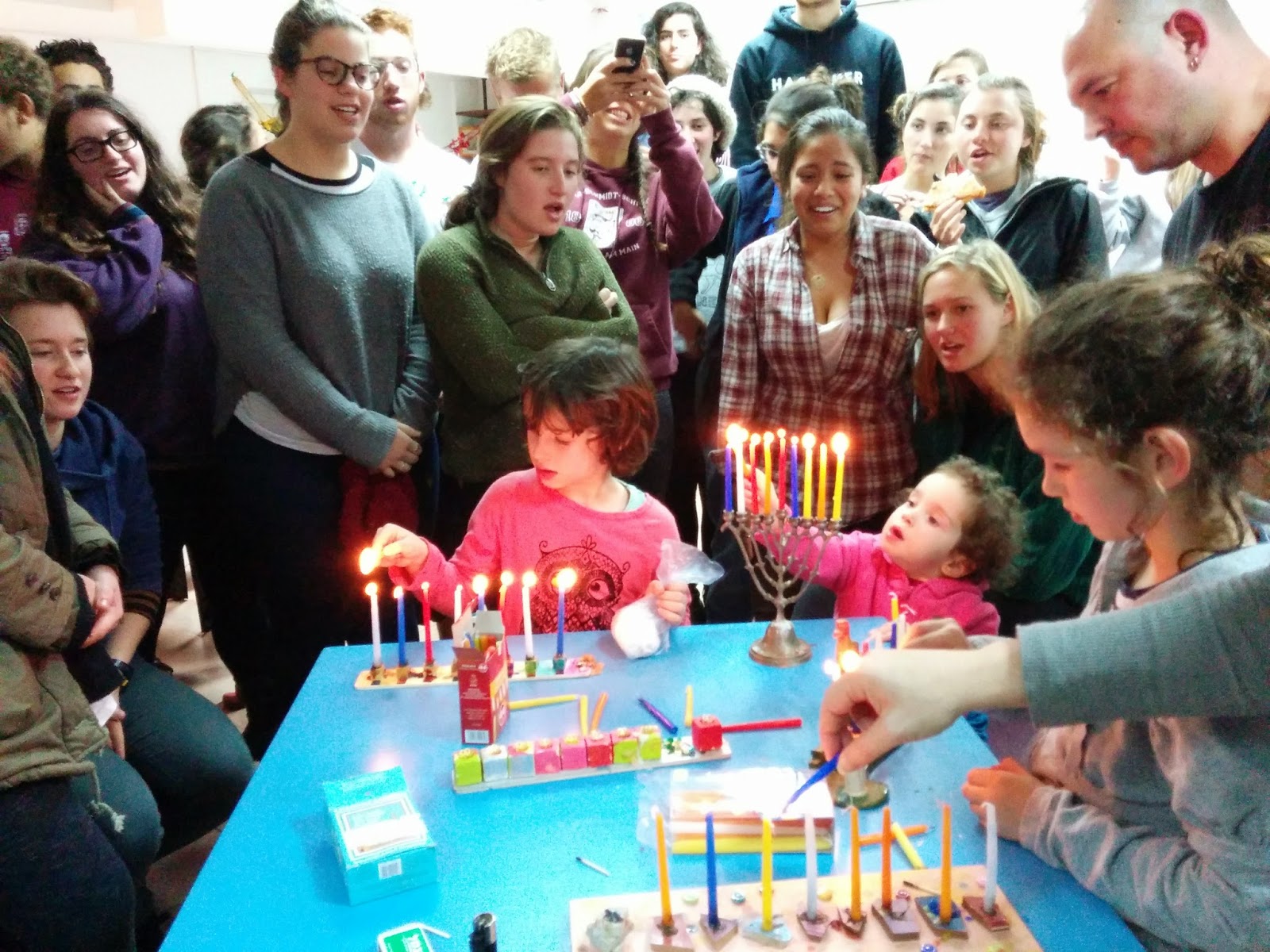 Lighting candles with the families of Kibbutz Mishoal, the largest urban kibbutz in Israel.
Posted by Unknown at 3:59 AM